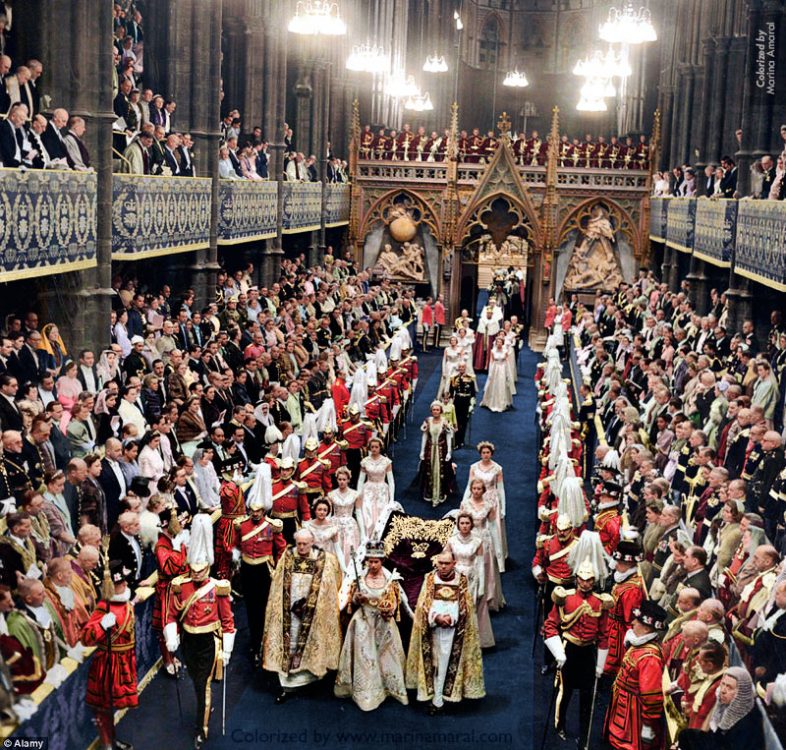 The coronation of Queen Elizabeth II as monarch of the United Kingdom, Canada, Australia, New Zealand, the Union of South Africa, Pakistan, and Ceylon took place on 2 June 1953. Elizabeth ascended the throne at the age of 25, upon the death of her father, King George VI, on 6 February 1952, and was proclaimed queen by her various privy and executive councils shortly afterwards.

The coronation took place more than a year later because of the tradition that holding such a festival is inappropriate during the period of mourning that follows the death of a monarch. In the ceremony itself, at Westminster Abbey, Elizabeth swore an oath to uphold the law and govern the Church of England. Celebrations took place and a commemorative medal was issued throughout the Commonwealth realms. It was the first coronation to be televised in the United Kingdom.