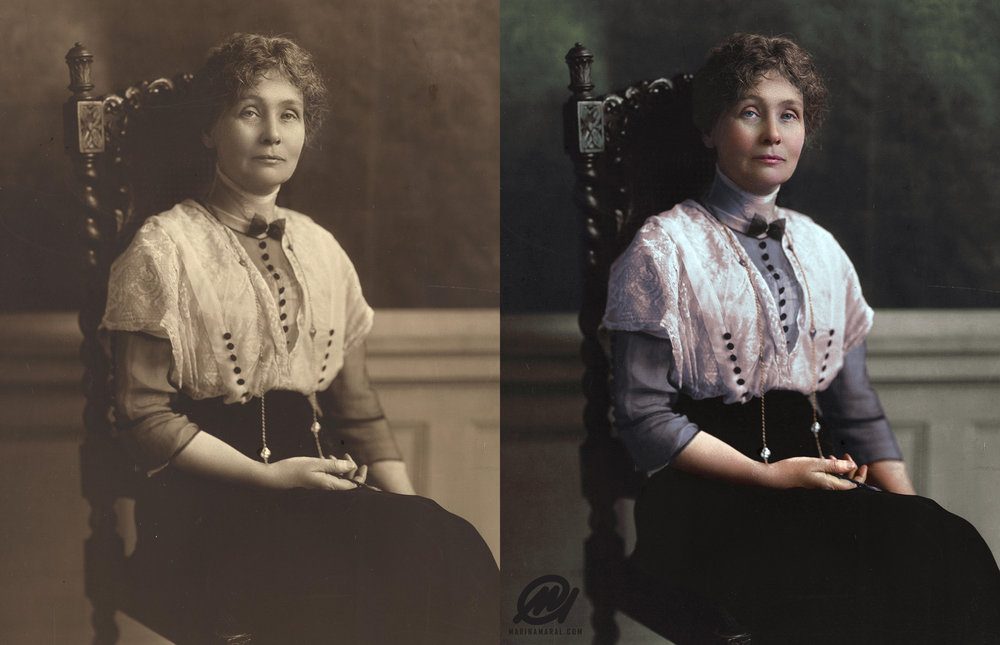 Emmeline Pankhurst was born in England in 1858. In 1903, she founded the Women’s Social and Political Union, which used militant tactics to agitate for women’s suffrage. Pankhurst was imprisoned many times, but supported the war effort after World War I broke out. Parliament granted British women limited suffrage in 1918. Pankhurst died in 1928, shortly before women were given full voting rights.