Faces Of Auschwitz To Release An Exclusive Short Documentary Soon. The Story Of Murray Goldfinger And The Death Marches. 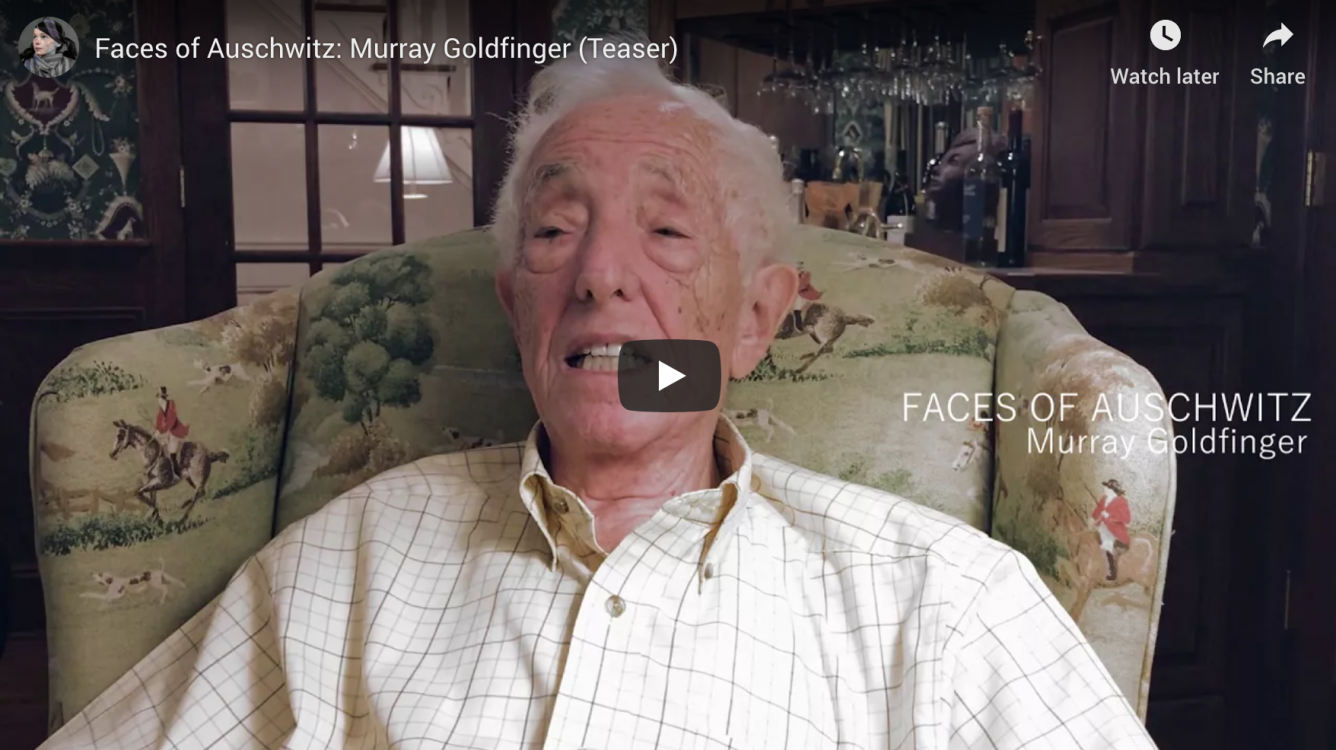 Last week, the story of Murray Goldfinger, a Holocaust survivor, went viral on social media after his grandson Stephen decided to share something unusual that happened to Ms Goldfinger in January 1945. Murray (born Monek) was on The Death March west from Birkenau as Russian soldiers advanced from the east. He was tired, cold, and hungry. He saw something in the air, descending towards him. It hit him in the chest, and he caught it. A 2-lb piece of roast beef that saved his life.

I was so impressed by this story that I reached out to Stephen to introduce myself and my project, Faces of Auschwitz, to him. So I asked if it would be possible to send some questions to his grandfather because I would like to know his opinion about the project.

Stephen was extremely kind. Mr. Goldfinger, now 91, was hospitalized that same week. When he returned home, Stephen showed the pictures of Faces of Auschwitz to him, and filmed his testimonial and answers to my questions.

The result was more powerful than I expected. After seeing the colorized photos, he said, “It’s like I’m there again looking at all those people.”

I wanted to give Mr. Goldfinger one more chance to tell his story – something that he has been doing for 65 years. Faces of Auschwitz will release a short documentary soon, talking not only about his unbelievable story but also about the famous (and dreadful) death marches.

Check out the video for a piece of Murray Goldfinger’s gripping testimonial.

To keep yourself up to date with anything related to Faces of Auschwitz, follow us on Twitter.