Hitler with some of his SS-Begleitkommando guards at the Wolf’s Lair, World War II 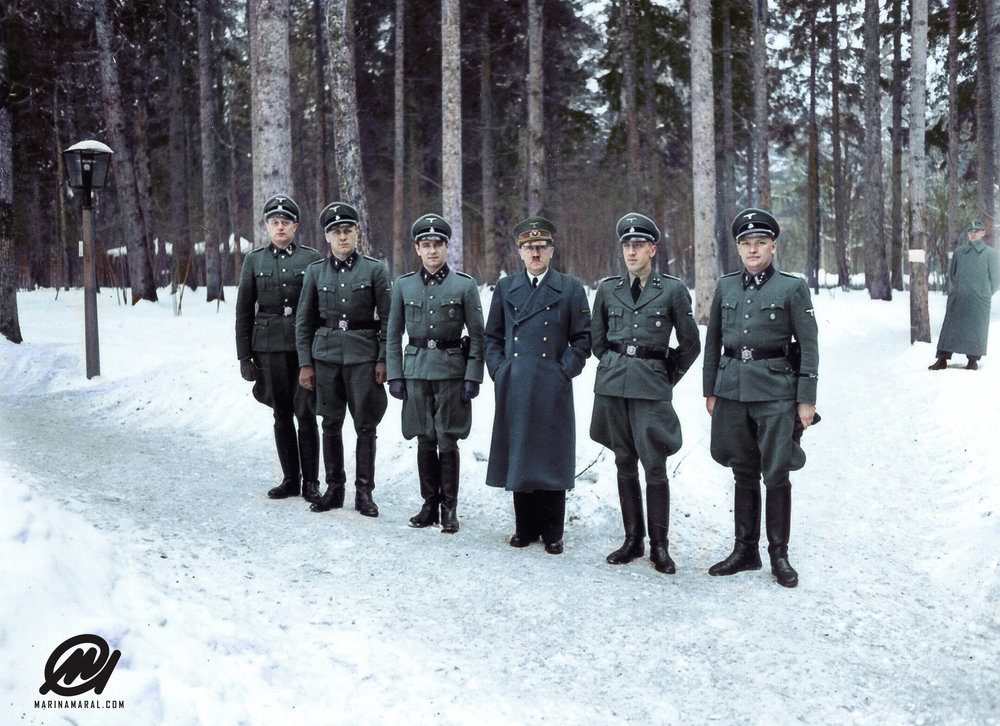 The last FBK commander was SS-Obersturmbannführer Franz Schädle, who was appointed on 5 January 1945, after the dismissal of Bruno Gesche. Thereafter, Schädle and the FBK accompanied Hitler (and his entourage) into the Führerbunker complex under the Reich Chancellery garden in the central government sector of Berlin. By 23 April 1945, Schädle commanded approximately 30 members of the unit who stood guard for Hitler until his suicide on 30 April 1945.