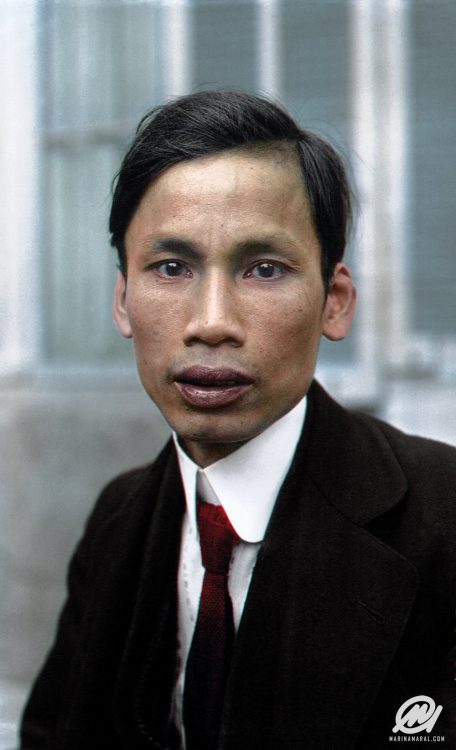 Hồ Chí Minh. also known as Nguyễn Tất Thành and Nguyễn Ái Quốc, was a Vietnamese Communist revolutionary leader who was Chairman and First secretary of the Workers’ Party of Vietnam. Hồ was also prime minister (1945–55) and president (1945–69) of the Democratic Republic of Vietnam (North Vietnam). He was a key figure in the foundation of the Democratic Republic of Vietnam in 1945, as well as the People’s Army of Vietnam (PAVN) and the Việt Cộng (NLF or VC) during the Vietnam War.

Ho Chi Minh (originally Nguyen That Thanh) was born on 19 May 1890 in Hoang Tru in central Vietnam. Vietnam was then a French colony, known as French Indo-China, but under the nominal rule of an emperor. Ho’s father worked at the imperial court but was dismissed for criticising the French colonial power.

In 1911, Ho took a job on a French ship and travelled widely. He lived in London and Paris, and was a founding member of the French communist party. In 1923, he visited Moscow for training at Comintern, an organisation created by Lenin to promote worldwide revolution. He travelled to southern China to organise a revolutionary movement among Vietnamese exiles, and in 1930 founded the Indo-Chinese Communist Party (ICP). He spent the 1930s in the Soviet Union and China.

After the Japanese invasion of Indo-China in 1941, Ho returned home and founded the Viet Minh, a communist-dominated independence movement, to fight the Japanese. He adopted the name Ho Chi Minh, meaning ‘Bringer of Light’.

At the end of World War Two the Viet Minh announced Vietnamese independence. The French refused to relinquish their colony and in 1946, war broke out. After eight years of war, the French were forced to agree to peace talks in Geneva. The country was split into a communist north and non-communist south and Ho became president of North Vietnam. He was determined to reunite Vietnam under communist rule.

By the early 1960s, North Vietnamese-backed guerrillas, the Vietcong, were attacking the South Vietnamese government. Fearing the spread of communism, the United States provided increasing levels of support to South Vietnam. By 1965, large numbers of American troops were arriving and the fighting escalated into a major conflict.

Ho Chi Minh was in poor health from the mid-1960s and died on 2 September 1969. When the Communists took the South Vietnamese capital Saigon in 1975 they renamed it Ho Chi Minh City in his honour.