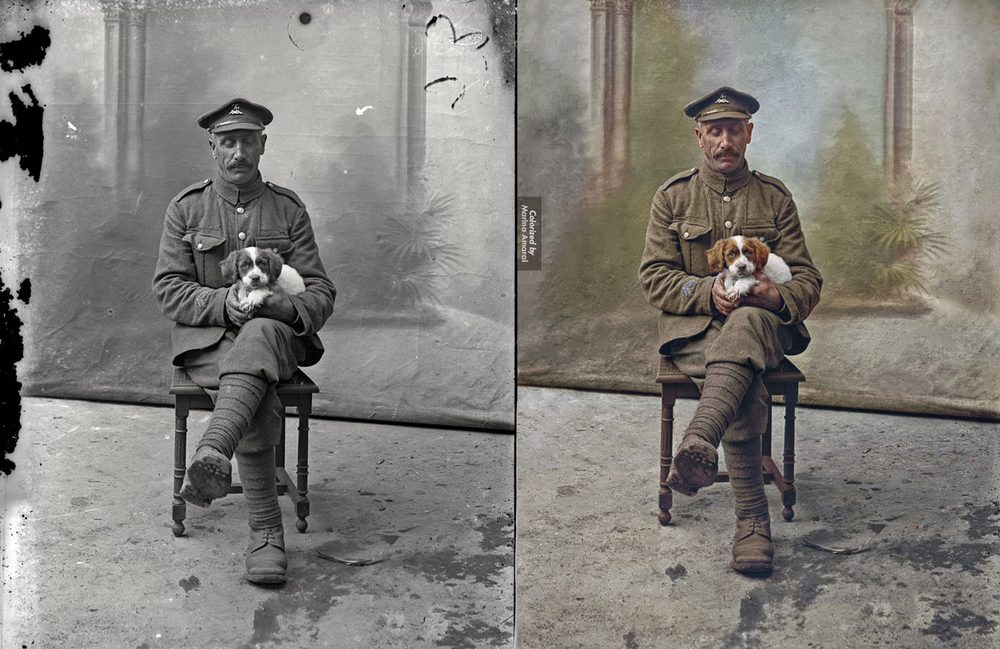 BBC needs help to identify hundreds of soldiers in a collection of photos from World War 1. The photographs were taken by a French couple, Louis and Antoinette Thuillier during the First World War and are a fantastic and very natural collection of portraits of Allied soldiers who were billeted in the village when they were away from the trenches.

The collection of images lay undiscovered for a century in the attic of a French farmhouse in the village of Vignacourt. They were found in 2011 by a team of researchers led by Australian journalist Ross Coulthart, who has since collected the images together in a book called The Lost Tommies.

What makes the pictures all the more powerful is that the village of Vignacourt was a days march from the frontline that would be the centre of the Battle of the Somme, so a lot of the men who had their photos taken would have died weeks or even days later. The vast majority of the men remain unidentified because of the informal nature of the photos.