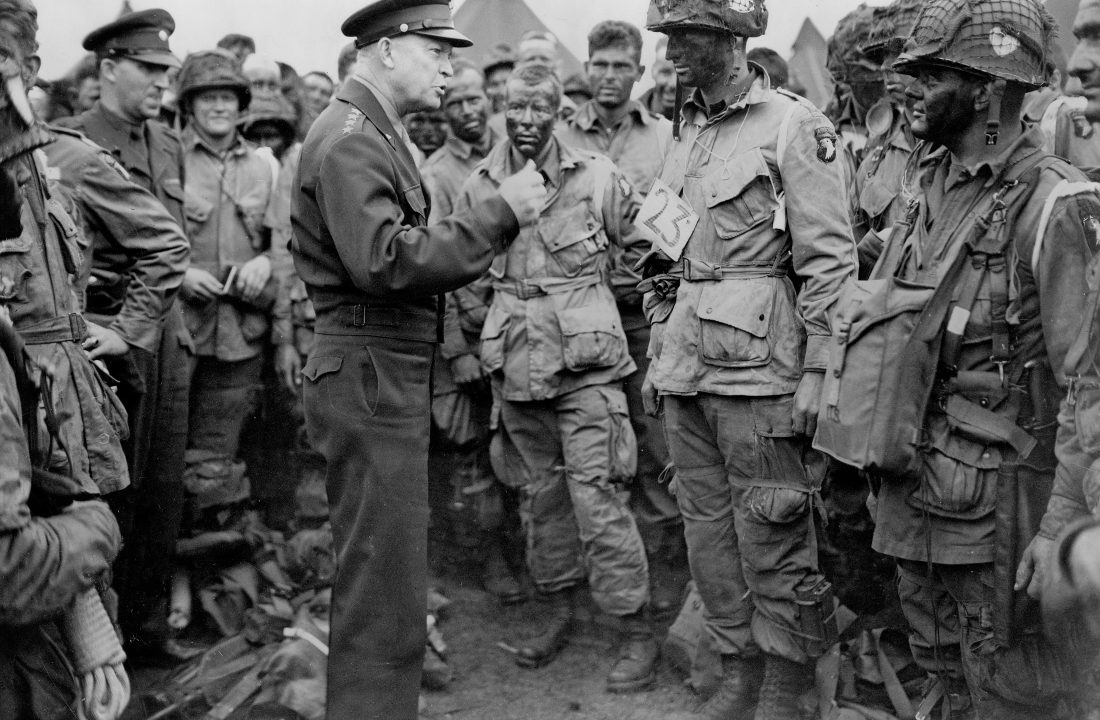 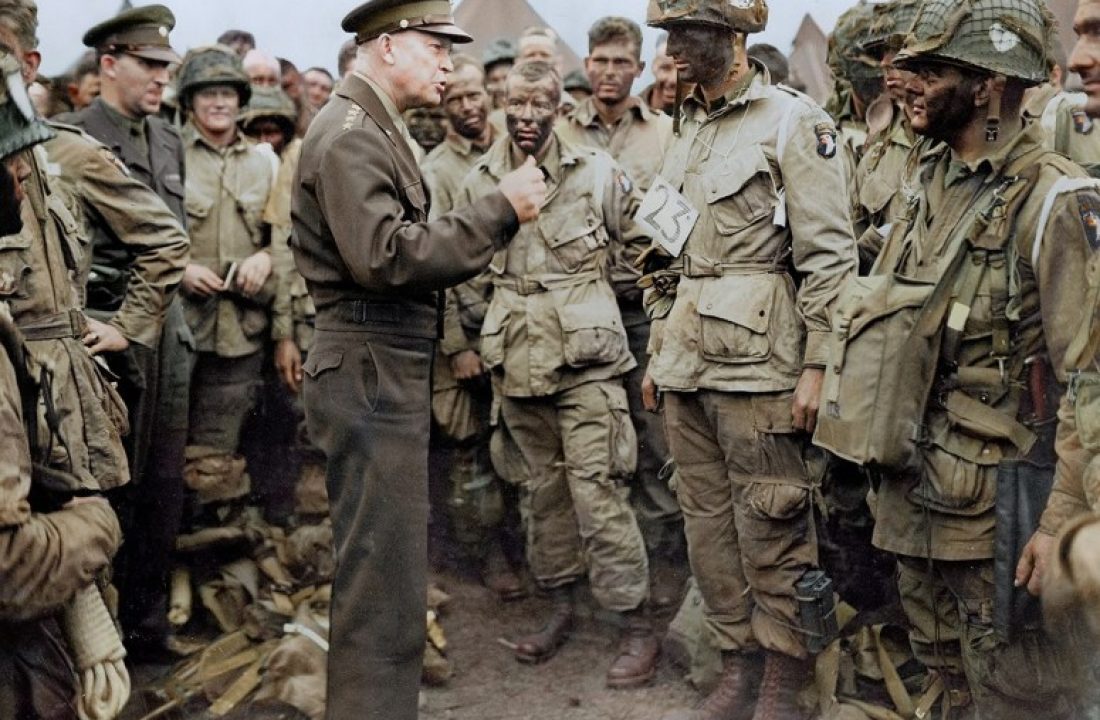 Gen. Dwight D. Eisenhower gives the order of the day. ‘Full victory-nothing less’ to paratroopers in England, just before they board their airplanes to participate in the first assault in the invasion of the continent of Europe. Eisenhower is meeting with US Co. E, 502nd Parachute Infantry Regiment (Strike) of the 101st Airborne Division, photo taken at Greenham Common Airfield in England about 8:30 p.m. on June 5, 1944. The General was talking about fly fishing with his men as he always did before a stressful operation.

“You are about to embark upon the Great Crusade, toward which we have striven these many months. The eyes of the world are upon you. The hopes and prayers of liberty-loving people everywhere march with you. In company with our brave Allies and brothers-in-arms on other Fronts, you will bring about the destruction of the German war machine, the elimination of Nazi tyranny over the oppressed peoples of Europe, and security for ourselves in a free world.

Your task will not be an easy one. Your enemy is well trained, well equipped and battle hardened. He will fight savagely.

But this is the year 1944! Much has happened since the Nazi triumphs of 1940-41. The United Nations have inflicted upon the Germans great defeats, in open battle, man-to-man. Our air offensive has seriously reduced their strength in the air and their capacity to wage war on the ground. Our Home Fronts have given us an overwhelming superiority in weapons and munitions of war, and placed at our disposal great reserves of trained fighting men. The tide has turned! The free men of the world are marching together to Victory!

I have full confidence in your courage and devotion to duty and skill in battle. We will accept nothing less than full Victory!

Good luck! And let us beseech the blessing of Almighty God upon this great and noble undertaking.”