Surrender in the Warsaw Ghetto 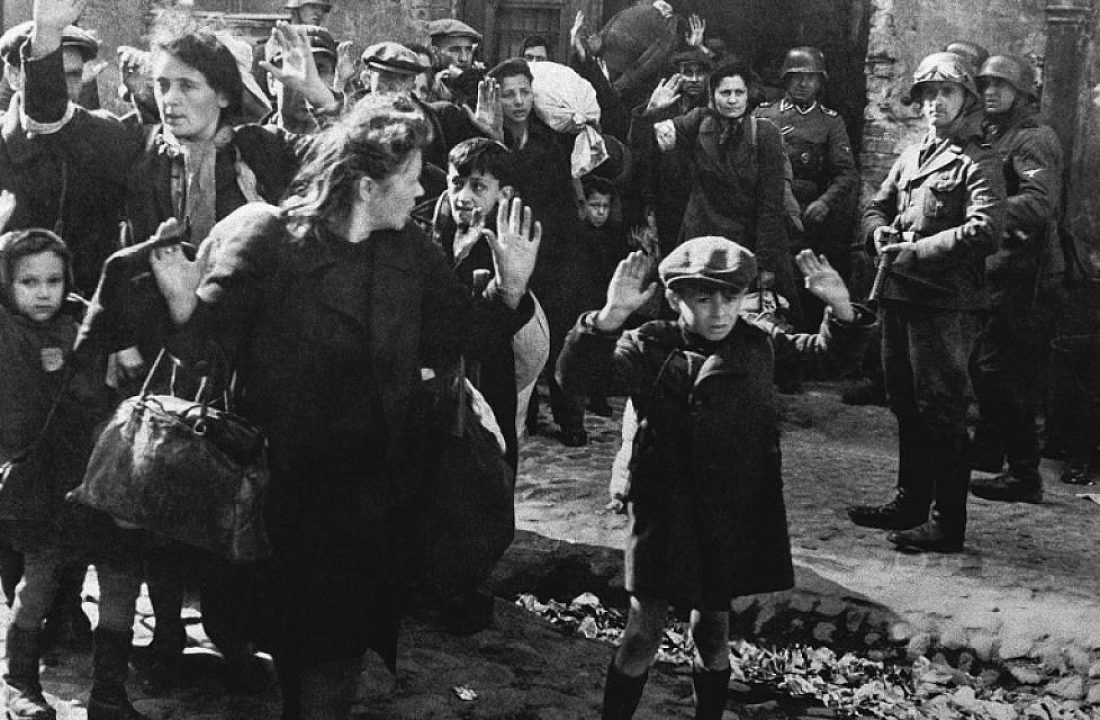 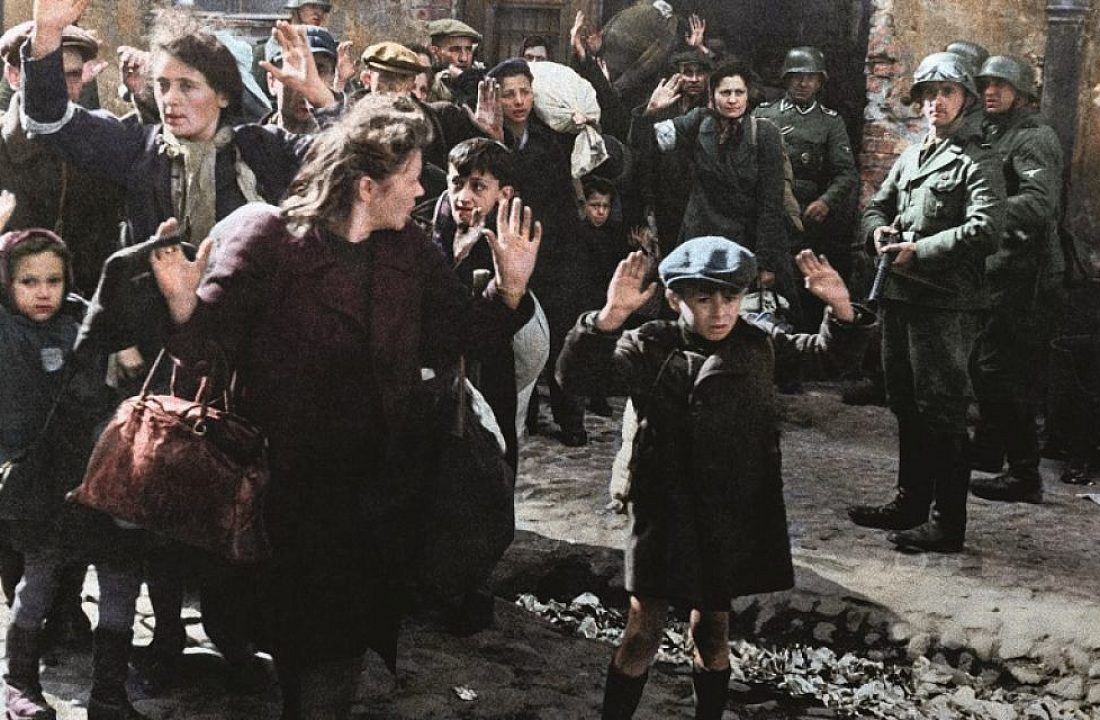 The terrified young boy with his hands raised at the center of this image was one of nearly half a million Jews packed into the Warsaw ghetto, a neighborhood transformed by the ­Nazis into a walled compound of grinding starvation and death.

Beginning in July 1942, the German occupiers started shipping some 5,000 Warsaw inhabitants a day to concentration camps. As news of exterminations seeped back, the ghetto’s residents formed a resistance group. “We saw ourselves as a Jewish underground whose fate was a tragic one,” wrote its young leader Mordecai Anielewicz. “For our hour had come without any sign of hope or rescue.”

That hour arrived on April 19, 1943, when Nazi troops came to take the rest of the Jews away. The sparsely armed partisans fought back but were eventually subdued by German tanks and flame­throwers. When the revolt ended on May 16, the 56,000 survivors faced summary execution or deportation to concentration and slave-labor camps.

SS Major General Jürgen Stroop took such pride in his work clearing out the ghetto that he created the Stroop Report, a leather-bound victory album whose 75 pages include a laundry list of boastful spoils, reports of daily killings and dozens of heart-­wrenching photos like that of the boy raising his hands. This collection proved his undoing, for besides giving a face to those who died, the pictures reveal the power of photography as a documentary tool.

At the subsequent Nuremburg war-crimes trials, the volume became key evidence against Stroop and resulted in his hanging near the ghetto in 1951. The Holocaust produced scores of searing images. But none had the evidentiary impact of the boy’s surrender. The child, whose identity has never been confirmed, has come to represent the face of the 6 million defenseless Jews killed by the Nazis.

Hiroshima after the Bombing