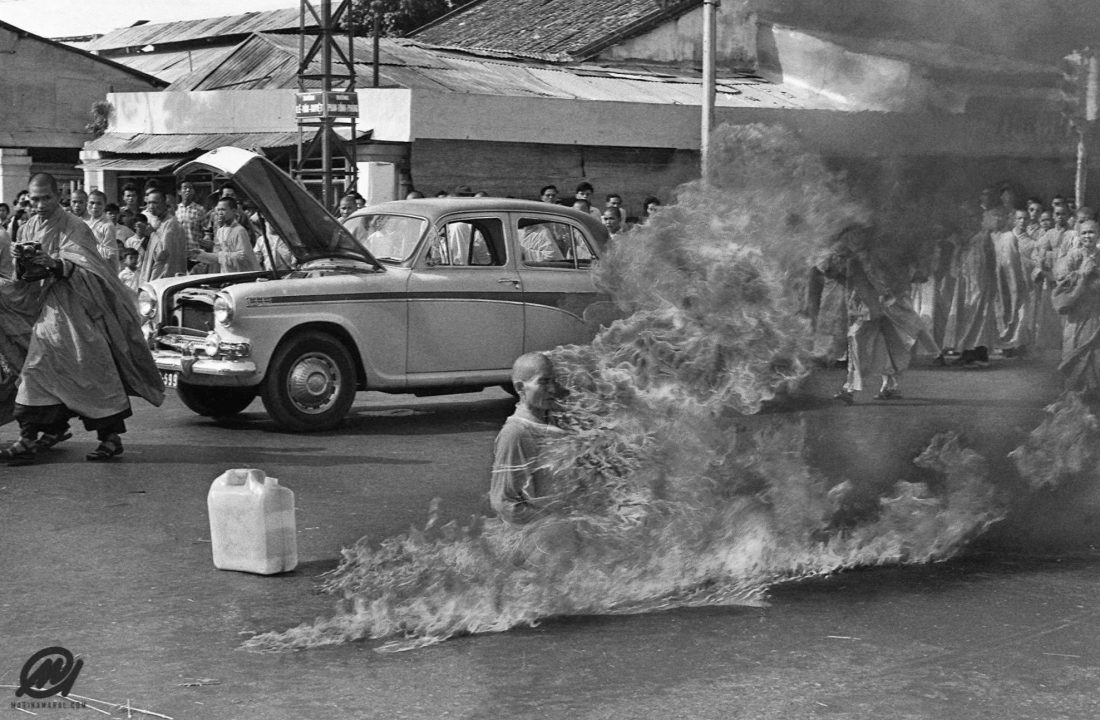 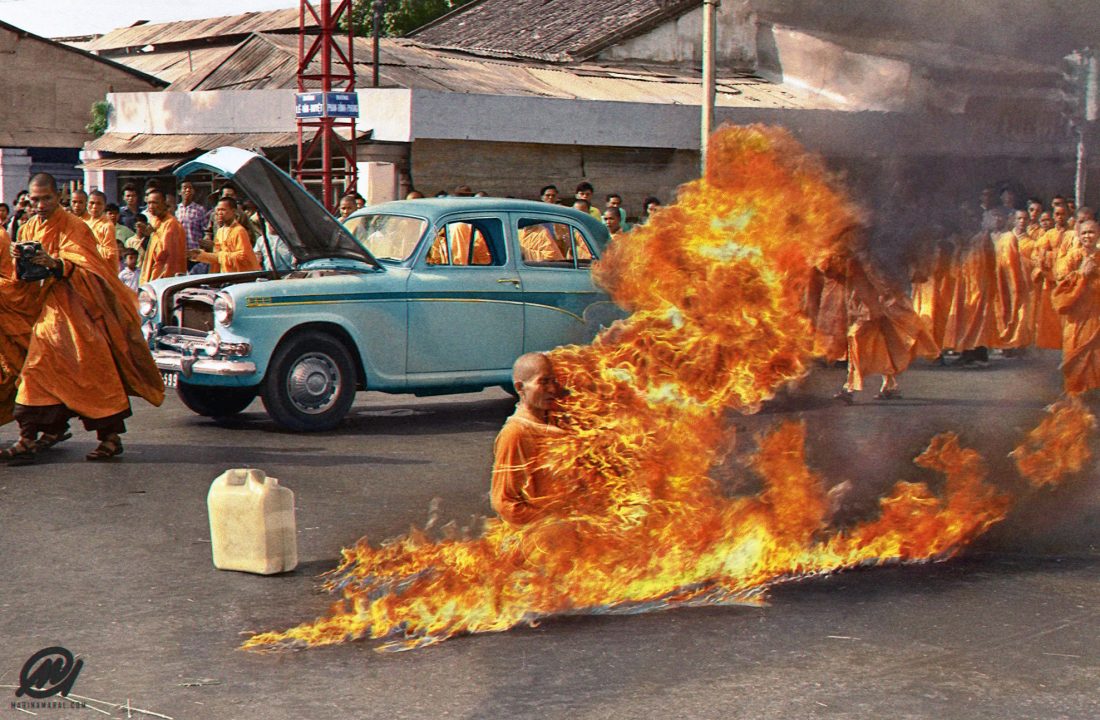 In June 1963, most Americans couldn’t find Vietnam on a map. But there was no forgetting that war-torn Southeast Asian nation after Associated Press photographer Malcolm Browne captured the image of Thich Quang Duc immolating himself on a Saigon street.

Browne had been given a heads-up that something was going to happen to protest the treatment of Buddhists by the regime of President Ngo Dinh Diem. Once there he watched as two monks doused the seated elderly man with gasoline. “I realized at that moment exactly what was happening, and began to take pictures a few seconds apart,” he wrote soon after.

His Pulitzer Prize–­winning photo of the seemingly serene monk sitting lotus style as he is enveloped in flames became the first iconic image to emerge from a quagmire that would soon pull in America. Quang Duc’s act of martyrdom became a sign of the volatility of his nation, and President Kennedy later commented, “No news picture in history has generated so much emotion around the world as that one.”

Browne’s photo forced people to question the U.S.’s association with ­Diem’s government, and soon resulted in the Administration’s decision not to interfere with a coup that November.