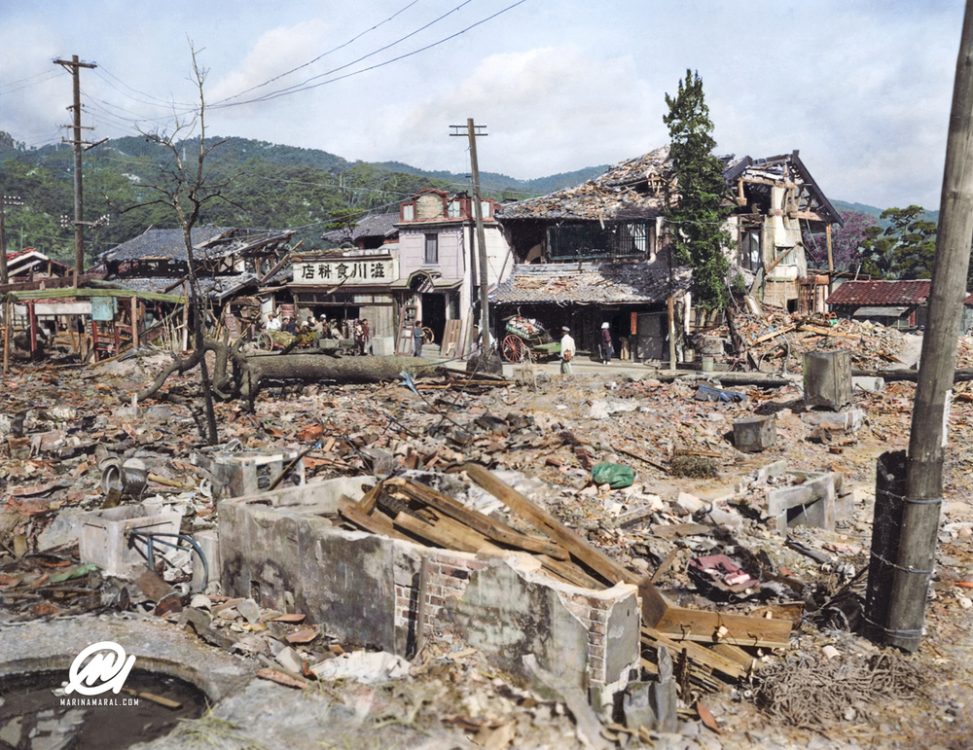 The United States, with the consent of the United Kingdom as laid down in the Quebec Agreement, dropped nuclear weapons on the Japanese cities of Hiroshima and Nagasaki in August 1945, during the final stage of World War II. The two bombings, which killed at least 129,000 people, remain the only use of nuclear weapons for warfare in history.

In the final year of the war, the Allies prepared for what was anticipated to be a very costly invasion of the Japanese mainland. This was preceded by a U.S. firebombing campaign that obliterated many Japanese cities. The war in Europe had concluded when Nazi Germany signed its instrument of surrender on May 8, 1945. The Japanese, facing the same fate, refused to accept the Allies’ demands for unconditional surrender and the Pacific War continued. Together with the United Kingdom and China, the United States called for the unconditional surrender of the Japanese armed forces in the Potsdam Declaration on July 26, 1945—the alternative being “prompt and utter destruction”. The Japanese response to this ultimatum was to ignore it.

In July 1945, the Allied Manhattan Project successfully detonated an atomic bomb in the New Mexico desert and by August had produced atomic weapons based on two alternate designs. The 509th Composite Group of the United States Army Air Forces was equipped with the specialized Silverplate version of the Boeing B-29 Superfortress, that could deliver them from Tinian in the Mariana Islands.

On August 6, the U.S. dropped a uranium gun-type atomic bomb (Little Boy) on the city of Hiroshima. American President Harry S. Truman called for Japan’s surrender 16 hours later, warning them to “expect a rain of ruin from the air, the like of which has never been seen on this earth”. Three days later, on August 9, the U.S. dropped a plutonium implosion-type bomb (Fat Man) on the city of Nagasaki. Within the first two to four months of the bombings, the acute effects of the atomic bombings killed 90,000–146,000 people in Hiroshima and 39,000–80,000 in Nagasaki; roughly half of the deaths in each city occurred on the first day. During the following months, large numbers died from the effect of burns, radiation sickness, and other injuries, compounded by illness and malnutrition. In both cities, most of the dead were civilians, although Hiroshima had a sizable military garrison.

On August 15, six days after the bombing of Nagasaki and the Soviet Union’s declaration of war, Japan announced its surrender to the Allies. On September 2, it signed the instrument of surrender, effectively ending World War II. The bombings’ role in Japan’s surrender and their ethical justification are still debated.

News | Wired: Travel back in time with the master of photo colorization