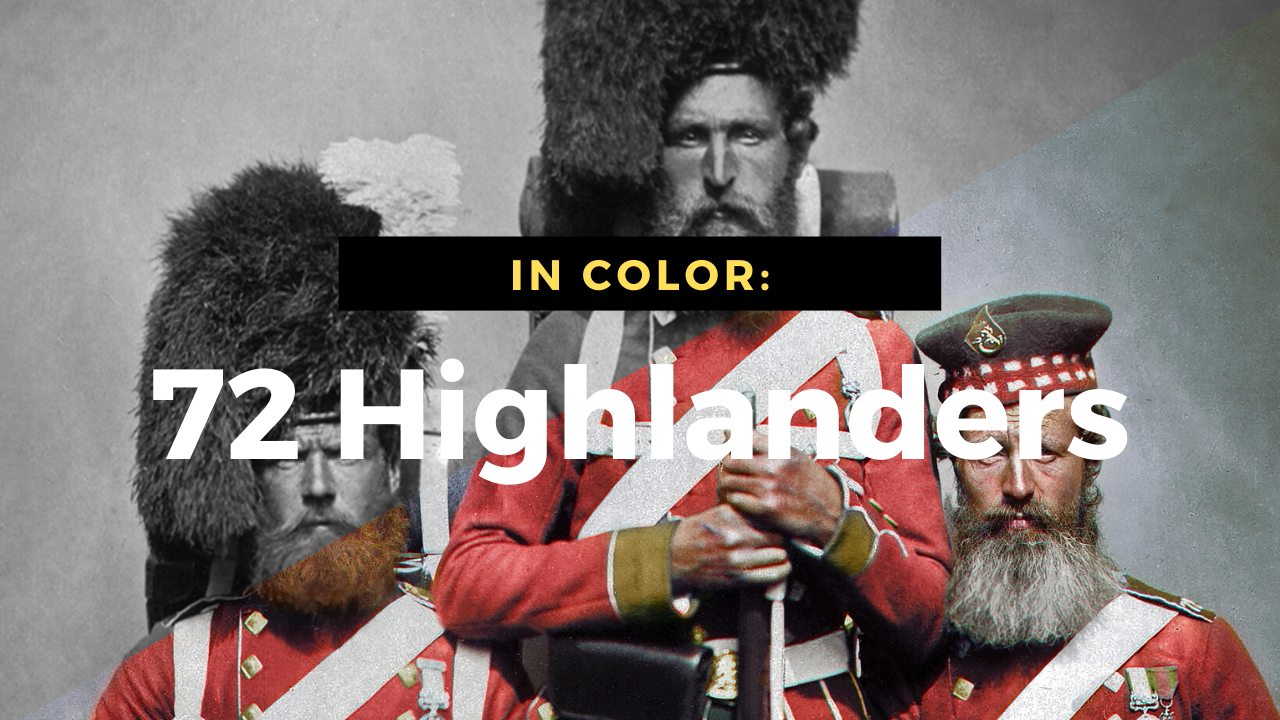 “From the beginning of the war Queen Victoria had expressed her concern for the troops fighting on her behalf. In 1854, the Queen sent books and supplies out to the Crimea to help raise morale. After wounded soldiers began to return to Britain in early 1855, the Queen initiated an unprecedented series of meetings with the veterans. On 20 February 1855, a group of injured Grenadier Guards was invited to Buckingham Palace to meet the royal family. Other regiments were subsequently invited and the royal family also travelled to several military hospitals to demonstrate their support and commitment to the injured troops.

Do not reproduce without permission. For licensing: irene@georginacapel.com
Men of 72 Highlanders who served in the Crimea: William Noble, Alexander Davison and John Harper.

The meetings were duly documented both in the press and by artists. Additionally, the Queen commissioned photographs of many of the soldiers to whom she spoke. The resulting portraits, detailing the wounds received by each man, were incorporated into her growing photograph collection. Queen Victoria was also central in the creation of a new medal – the Victoria Cross. The medal recognised exceptional valour and crucially was not connected to military rank. The first Victoria Crosses were awarded by Queen Victoria on 26 June 1857 in Hyde Park to 62 men out of a total of 111 Crimean recipients. Today the award remains Britain’s highest honour. (Source)