In color | Marie Curie in her laboratory in Paris, 1912 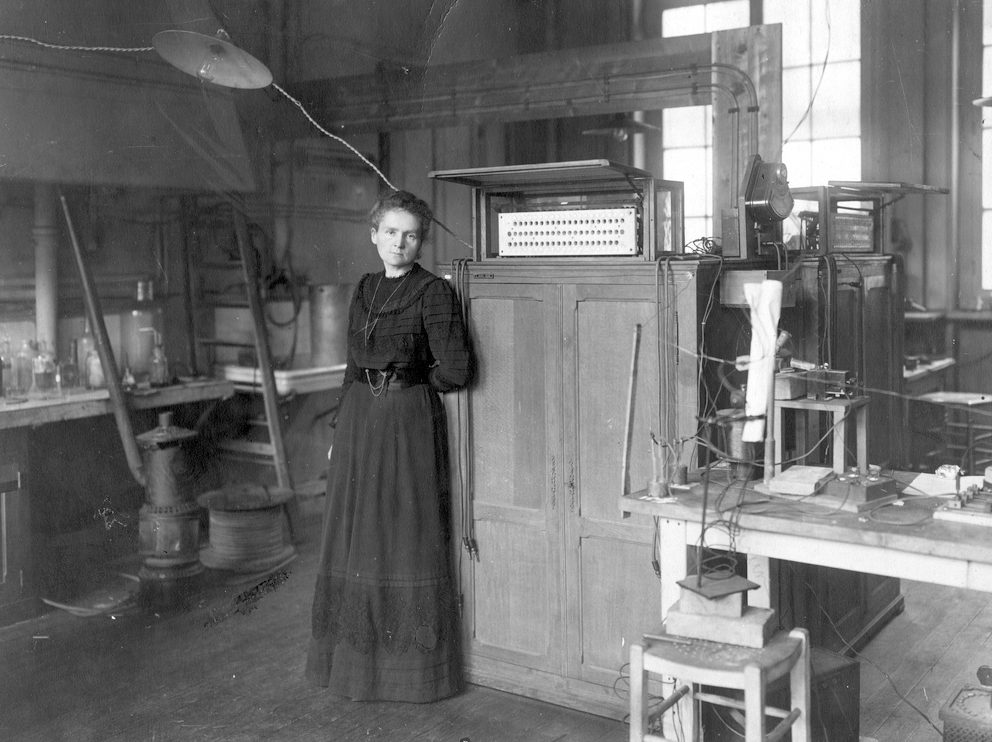 She was born in Warsaw, in what was then the Kingdom of Poland, part of the Russian Empire. She studied at Warsaw’s clandestine Floating University and began her practical scientific training in Warsaw. In 1891, aged 24, she followed her older sister Bronisława to study in Paris, where she earned her higher degrees and conducted her subsequent scientific work. She shared the 1903 Nobel Prize in Physics with her husband Pierre Curie and with physicist Henri Becquerel. She won the 1911 Nobel Prize in Chemistry. Her achievements included the development of the theory of radioactivity (a term that she coined), techniques for isolating radioactive isotopes, and the discovery of two elements, polonium and radium. Under her direction, the world’s first studies were conducted into the treatment of neoplasms, using radioactive isotopes. She founded the Curie Institutes in Paris and in Warsaw, which remain major centers of medical research today. During World War I, she established the first military field radiological centers.

While a French citizen, Marie Skłodowska Curie (she used both surnames) never lost her sense of Polish identity. She taught her daughters the Polish language and took them on visits to Poland. She named the first chemical element that she discovered‍—‌polonium, which she isolated in 1898‍—‌after her native country.

Curie died in 1934, aged 66, at a sanatorium in Sancellemoz (Haute-Savoie), France, due to aplastic anemia brought on by exposure to radiation while carrying test tubes of radium in her pockets during research, and in the course of her service in World War I mobile X-ray units that she had set up.

Madame Curie’s papers, even a notebook she kept on meals she cooked, are considered so highly radioactive that they are kept in lead-lined boxes. Those who wish to consult them have to wear protective clothing.