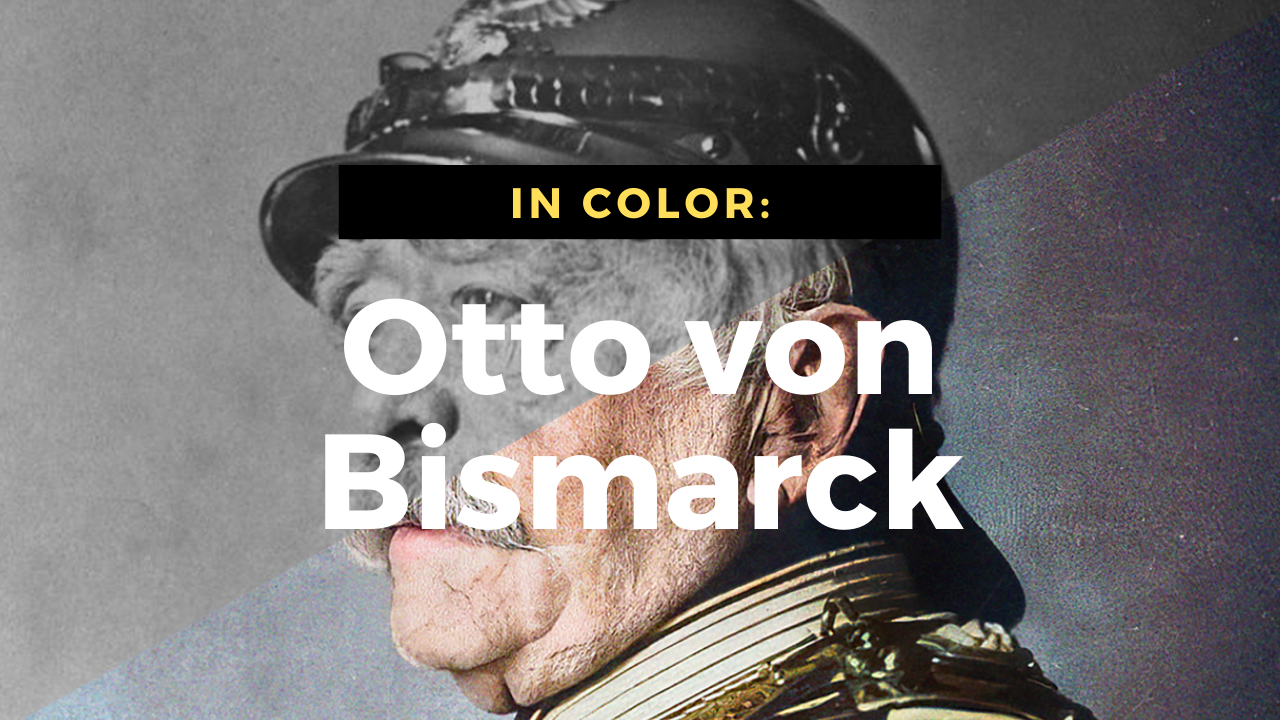 Otto Eduard Leopold, Prince of Bismarck, Duke of Lauenburg, known as Otto von Bismarck, was a conservative German statesman who masterminded the unification of Germany in 1871 and served as its first chancellor until 1890, in which capacity he dominated European affairs for two decades. He had previously been Minister President of Prussia (1862–1890) and Chancellor of the North German Confederation (1867–1871). He provoked three short, decisive wars, against Denmark, Austria, and France. Following the victory against Austria, he abolished the supranational German Confederation and instead formed the North German Confederation as the first German national state, aligning the smaller North German states behind Prussia, and excluding Austria. Receiving the support of the independent South German states in the Confederation’s defeat of France, he formed the German Empire – which also excluded Austria – and united Germany.

With Prussian dominance accomplished by 1871, Bismarck skillfully used balance of power diplomacy to maintain Germany’s position in a peaceful Europe. To historian Eric Hobsbawm, Bismarck “remained undisputed world champion at the game of multilateral diplomatic chess for almost twenty years after 1871, and devoted himself exclusively, and successfully, to maintaining peace between the powers”. However, his annexation of Alsace-Lorraine (Elsaß-Lothringen) gave new fuel to French nationalism and Germanophobia. Bismarck’s diplomacy of Realpolitik and powerful rule at home gained him the nickname the “Iron Chancellor”. German unification and its rapid economic growth was the foundation to his foreign policy. He disliked colonialism but reluctantly built an overseas empire when it was demanded by both elite and mass opinion. Juggling a very complex interlocking series of conferences, negotiations and alliances, he used his diplomatic skills to maintain Germany’s position.

A master of complex politics at home, Bismarck created the first welfare state in the modern world, with the goal of gaining working-class support that might otherwise go to his Socialist opponents. In the 1870s, he allied himself with the low-tariff, anti-Catholic Liberals and fought the Catholic Church in what was called the Kulturkampf (“culture struggle”). He lost that battle as the Catholics responded by forming the powerful German Centre Party and using universal male suffrage to gain a bloc of seats. Bismarck then reversed himself, ended the Kulturkampf, broke with the Liberals, imposed protective tariffs, and formed a political alliance with the Centre Party to fight the Socialists. A devout Lutheran, he was loyal to his king, Wilhelm I, who argued with Bismarck but in the end supported him against the advice of his wife Queen Augusta and his heir Crown Prince Frederick William. While Germany’s parliament was elected by universal male suffrage, it did not have much control of government policy. Bismarck distrusted democracy and ruled through a strong, well-trained bureaucracy with power in the hands of a traditional Junker elite that consisted of the landed nobility in eastern Prussia. He largely controlled domestic and foreign affairs, until he was removed by the young new headstrong Kaiser Wilhelm II. He retired to write his memoirs.

A Junker himself, Bismarck was strong-willed, outspoken and overbearing, but he could also be polite, charming and witty. Occasionally he displayed a violent temper – which he sometimes feigned to get the results he wanted – and he kept his power by melodramatically threatening resignation time and again, which cowed Wilhelm I. He possessed not only a long-term national and international vision but also the short-term ability to juggle complex developments. Bismarck became a hero to German nationalists; they built many monuments honoring the founder of the new Reich. Many historians praise him as a visionary who was instrumental in uniting Germany and, once that had been accomplished, kept the peace in Europe through adroit diplomacy. Historian Robert K. Massie has noted Bismarck’s popular image was as “gruff” and “militaristic”, while in reality “Bismarck’s tool was aggressive, ruthless diplomacy.”

“One day the great European War will come out of some damned foolish thing in the Balkans.”– Otto von Bismarck (1888)