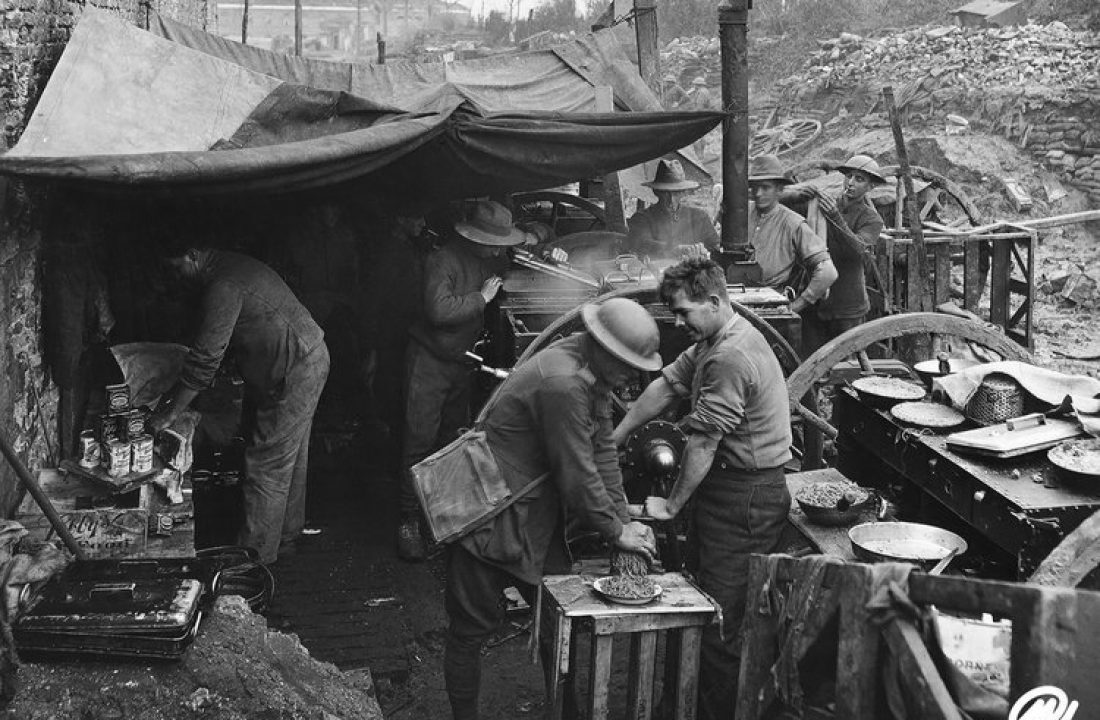 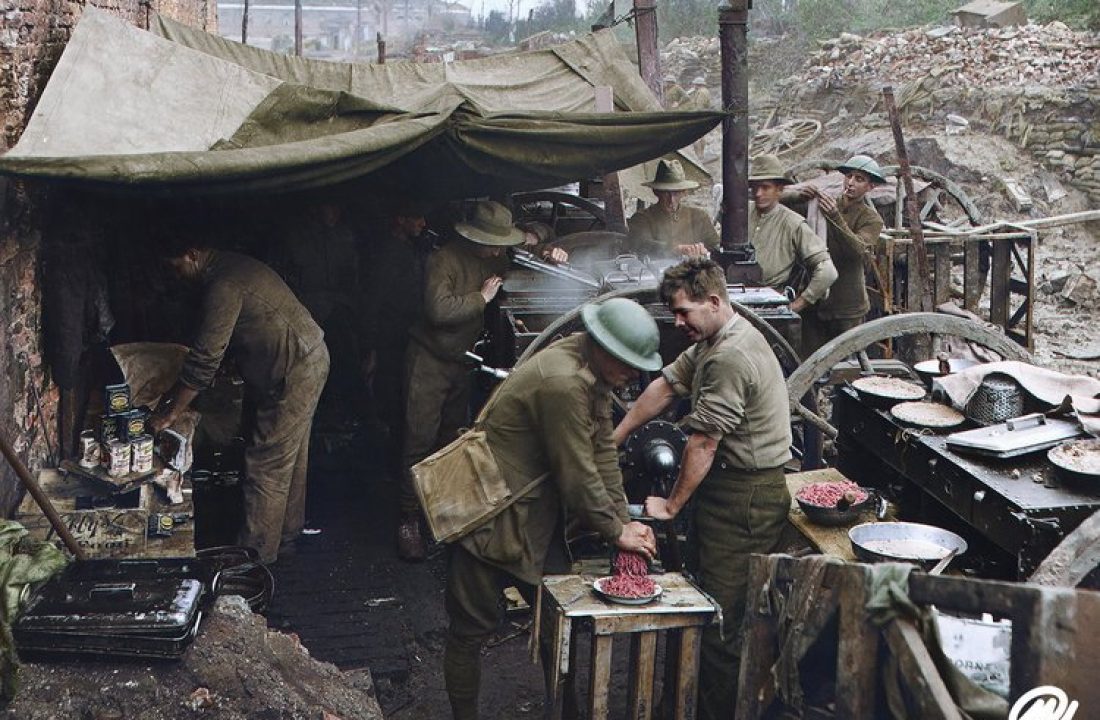 Bully beef was the major source of protein for the Anzac troops, and a key part of their daily rations. The first soldiers landing on the beach on April 25 took with them rations for two days, amounting to the barest 2 lbs (about a kilogram) of bully beef and 2 lbs of biscuits — as well as two emergency rations. Some soldiers took a few squares of plain chocolate as a standby. Very few took what they considered to be luxuries such as tins of sausages or jam — they weighed down heavy packs even more.

The World War I diet was less than salubrious and varied little — occasionally bacon, jam, onion and a questionable cheese — according to Australia’s official historian Charles Bean, who thought the canned meat particularly lousy.

With the larger volume of supplies prepared away from the front lines — and without refrigeration — fresh foods were rare though one photo shows Light Horse troops at an uncovered cookhouse with four animal carcasses hanging from roof beams.The barest of supplies meant the men became creative bush cooks whenever they had the chance to set up a camp cooker or use a candle to heat their meat in mess tins. Hard tack biscuits, the loathed, teeth-cracking carb every soldier endured, were often grated into a powder to thicken hot foods.

One soldier sent home a recipe for rissoles made from a tin of bully, biscuit powder, a couple of onions and, for flavour, a little bit of thyme that grew on nearby hills. Their stews were mostly canned bully, onions, biscuit powder, dried vegetables or potatoes, and water. No salt was needed — the meat was already laden.

More creatively, one story tells of an Anzac soldier throwing a tin of bully beef into the Turkish trenches, perhaps in disgust, maybe thinking it would do more damage than the usual grenades.

But the can was soon thrown back with the note: “Cigarettes yes, bully beef, no.”