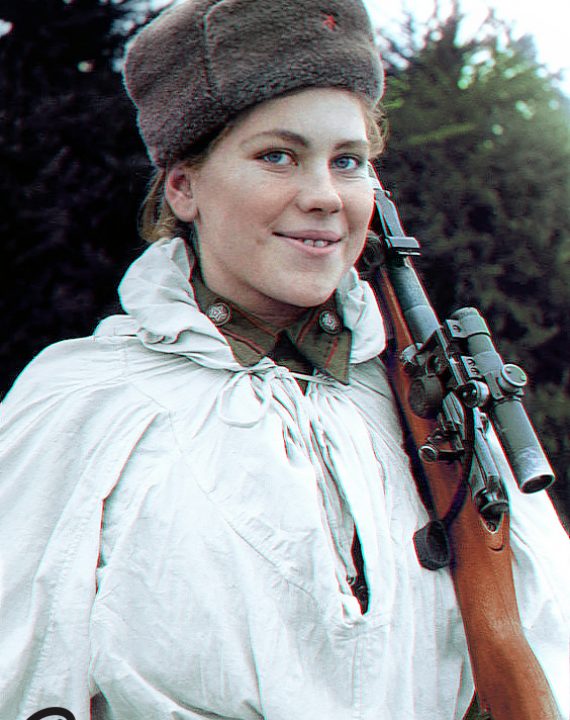 Roza Georgiyevna Shanina was a Soviet sniper during World War II who was credited with fifty-nine confirmed kills, including twelve soldiers during the Battle of Vilnius.

Shanina volunteered for the military after the death of her brother in 1941 and chose to be a marksman on the front line. Praised for her shooting accuracy, Shanina was capable of precisely hitting enemy personnel and making doublets (two target hits by two rounds fired in quick succession).