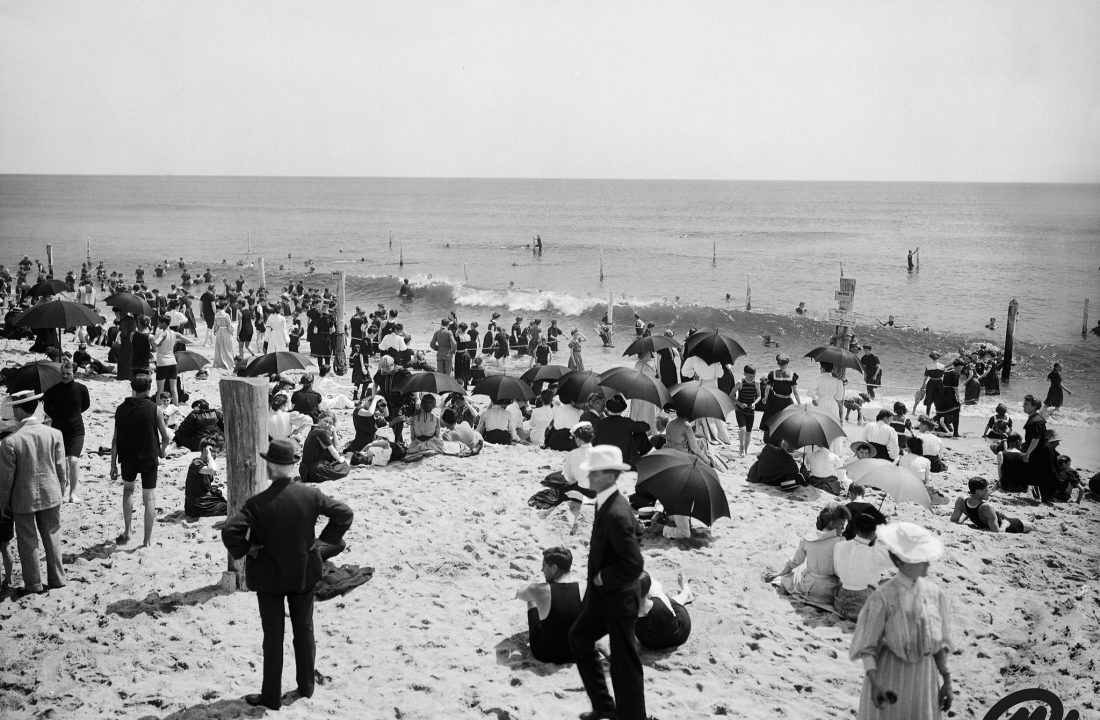 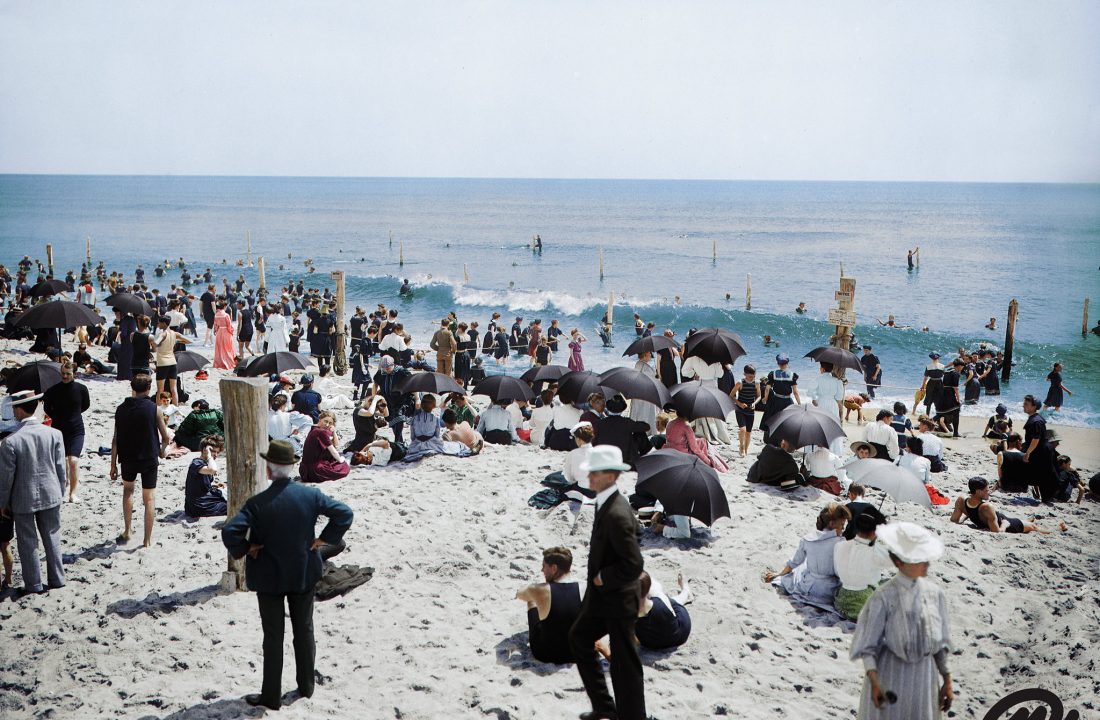 Developed in 1871 as a residential resort by New York brush manufacturer James A. Bradley, the city was named for Francis Asbury, the first American bishop of the Methodist Episcopal Church in the United States.

The founding of Ocean Grove in 1869, a Methodist camp meeting to the south, encouraged the development of Asbury Park and led to its being a “dry town.” Bradley was active in the development of much of the city’s infrastructure, and despite his preference for gas light, he allowed the Atlantic Coast Electric Company (precursor to today’s Jersey Central Power & Light Co.) to offer electric service.

Along the waterfront Bradley installed the Asbury Park Boardwalk, an orchestra pavilion, public changing rooms and a pier at the south end of that boardwalk. Such success attracted other businessmen. In 1888, Ernest Schnitzler built the Palace Merry-Go-Round on the southwest corner of Lake Avenue and Kingsley Street, the cornerstone of what would become the Palace Amusements complex; other attractions followed. During these early decades in Asbury Park, a number of grand hotels were built, including the Plaza Hotel.

Uriah White, an Asbury Park pioneer, installed the first artesian well water system. As many as 600,000 people a year vacationed in Asbury Park during the summer season in the early years, riding the New York and Long Branch Railroad from New York City and Philadelphia to enjoy the mile-and-a-quarter stretch of oceanfront Asbury Park. By 1912, The New York Times estimated that the summer population could reach 200,000.

The country by the sea destination experienced several key periods of popularity. The first notable era was the 1890s, marked by a housing growth, examples of which can still be found today in a full range of Victorian architecture. Coinciding with the nationwide trend in retail shopping, Asbury Park’s downtown flourished during this period and well into the 20th century.