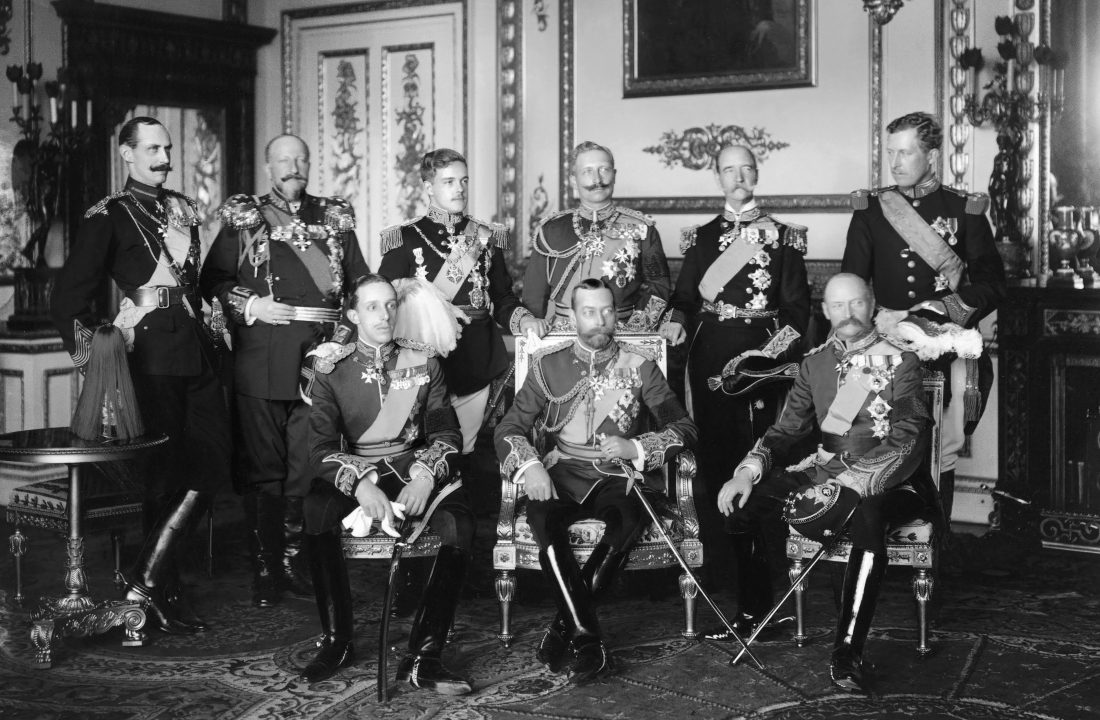 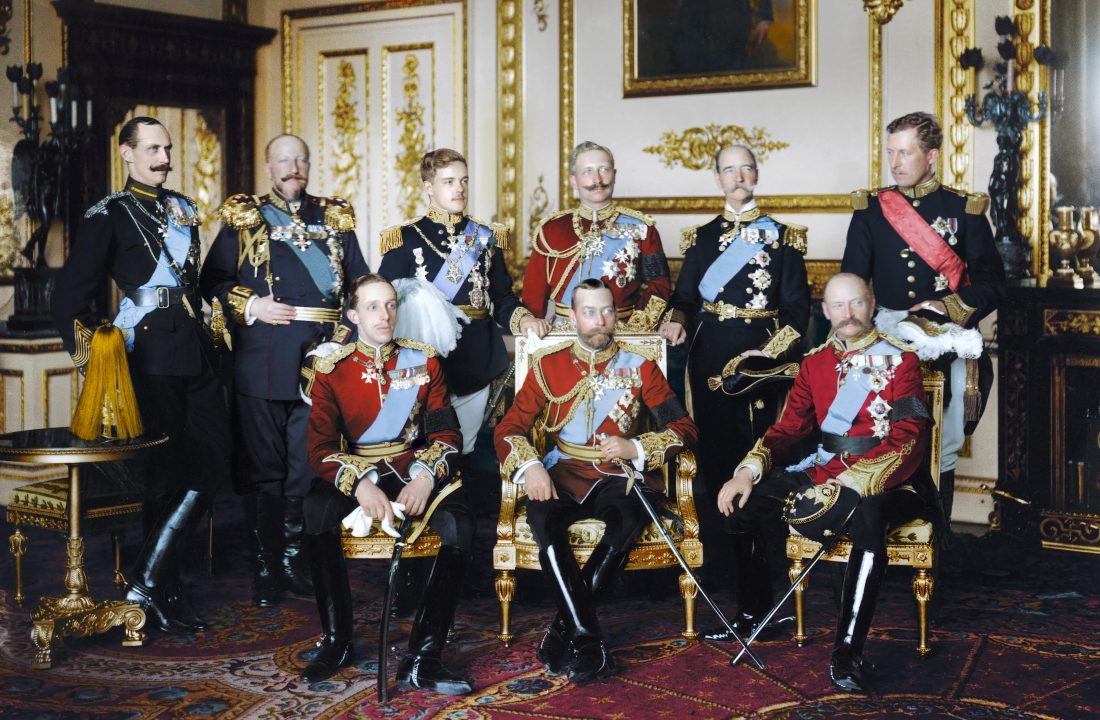 The Nine Sovereigns at Windsor for the funeral of King Edward VII.

Standing, from left to right: King Haakon VII of Norway, Tsar Ferdinand of Bulgaria, King Manuel II of Portugal, Kaiser Wilhelm II of the German Empire, King George I of Greece and King Albert I of Belgium.

Seated, from left to right: King Alfonso XIII of Spain, King-Emperor George V of the United Kingdom and King Frederick VIII of Denmark. This is probably the only photograph of nine reigning kings ever taken.