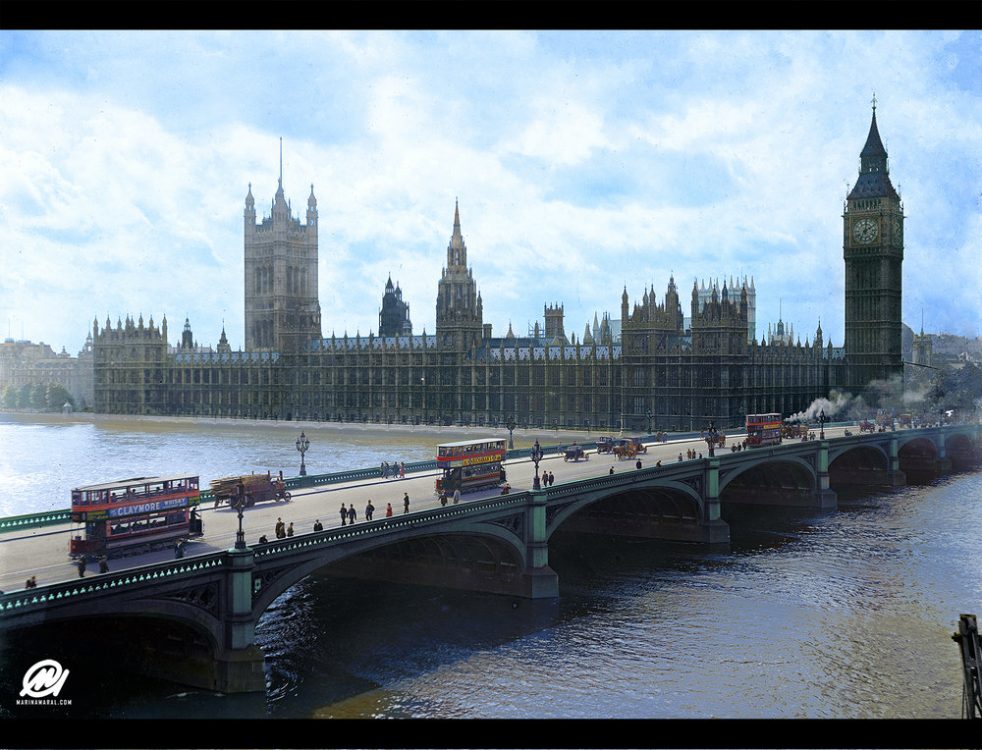 Westminster Bridge is a road-and-foot-traffic bridge over the River Thames in London, linking Westminster on the west side and Lambeth on the east side.

The bridge is painted predominantly green, the same color as the leather seats in the House of Commons which is on the side of the Palace of Westminster nearest to the bridge. This is in contrast to Lambeth Bridge, which is red, the same color as the seats in the House of Lords and is on the opposite side of the Houses of Parliament.
The first generation of trams in London started in 1860 when a horse tramway began operating along Victoria Street in Westminster.

After the slow start, electric trams rapidly became very popular; by 1903, there were 300 electric tramcars in London, which carried 800,000 passengers over Whitsun weekend in 1903. The London County Council Tramways first electric line opened in May 1903 between Westminster Bridge and Tooting and the LCC sold 3.3 million tickets in its third year of business or five times the traffic carried by its horse trams.

By 1914, the London tram operators formed the largest tram network in Europe but the onset of the Great War saw a halt in the expansion of the trams and thousands of staff left to join the armed forces to be replaced by “substitute” women conductors and drivers.

In color | The Cologne Cathedral