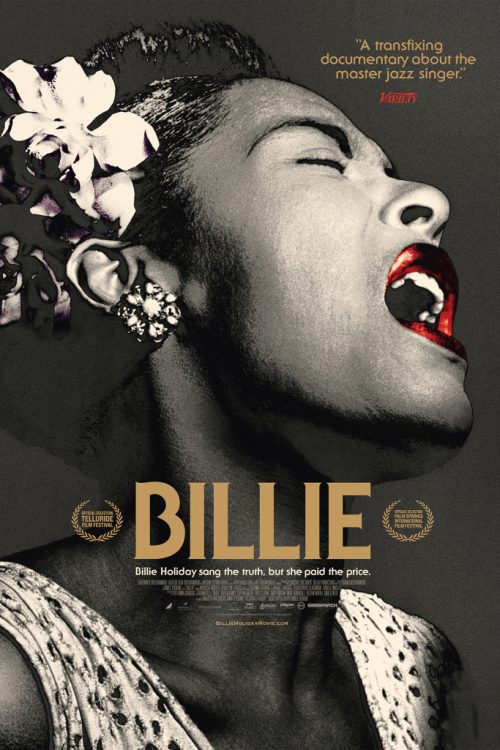 BILLIE HOLIDAY, one of the greatest voices of all time, a woman of breath-taking talent and global popularity, was throughout her short life a figure of controversy – a black woman in a white man’s world, a victim and a rebel whose infamous Strange Fruit, the first protest song, earned her powerful enemies. She was also an enigma, her telling of her own life story a mix of half-truths and free-form improvisations. Then in 1971, journalist Linda Kuehl set out to write the definitive biography of Billie. Over 8 years, she tracked down and tape-recorded interviews with the extraordinary characters that populated the iconic singer’s short, tumultuous life. Raw, emotional and brutally honest, these incredible testimonies ranged from jazz greats like Charles Mingus, Sarah Vaughan, Tony Bennett and Count Basie to her step-parents and school friends, jail-mates and lawyers, pushers, pimps and even the FBI agents who arrested her. But Linda’s book was never finished and the tapes thought lost forever – until now. What if the most important story in your life was not your own?

I’m very, very excited and proud to finally share the official trailer of Billie! I’ll not even begin saying how honored I am for the opportunity to bring these images back to life for the first time because then I’d start crying. The doc showcases the restored and newly colorized archival photographs and videos, which will be paired with around 200 hours of unreleased interviews.

Billie will be released in theaters and on virtual cinema on November 13th. Verve/UMe will also release the official soundtrack for the film that day.