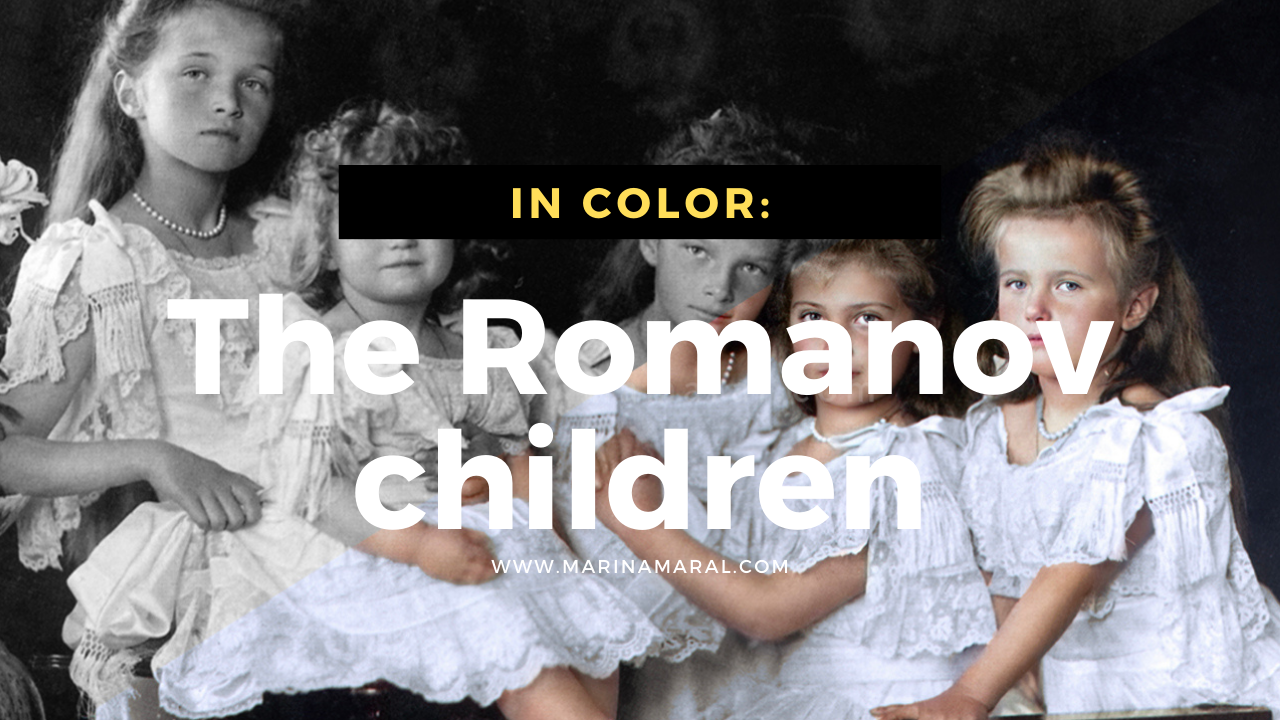 “Czar Nicholas II, Czarina Alexandra, their five children, and four attendants were executed in Yekaterinburg, a city on the Eastern side of the Ural Mountains, in the late night or early morning hours of July 16-17, 1918. During the Russian Revolution in November 1917, radical socialist Bolsheviks, led by Vladimir Lenin, seized power in Russia from a provisional government, establishing the world’s first communist state. The imperial family was sent to live under house arrest in Siberia.

Do not reproduce without permission. For licensing: irene@georginacapel.com


📸  The Grand Duchesses Olga, Tatiana, Maria and Anastasia Nikolaevna of Russia with Tsarevich Alexei Nikolaievich of Russia (second from left) in a formal portrait, circa 1906. The photographer is not known.

May 8, 1913, 12.30 p.m. “…I am in Tatiana’s room. Tatiana and Olga are here… I am sitting and digging in my nose with my left hand. Olga wanted to slap me but I ran away from her swinish hand…” – Extract from a letter written by Anastasia to her father.

In April and May 1918, members of the Romanov family were relocated to Ipatiev House—a merchant’s house in Yekaterinburg. After the revolution, civil war between the Bolshevik “Red” army and the anti-Bolshevik “White” Russian forces broke out in June. By July, the White army was advancing on Yekaterinburg. Local authorities were ordered to prevent a rescue of the Romanovs, and after a secret meeting of the Yekaterinburg Soviet, the imperial family was sentenced to death.

On the night of July 16, 1918, the family was ordered to dress and go down to the cellar of the Ipatiev House where they were lined up as if posing for a family photograph. There they were shot by firing squad and bayoneted to death by Bolshevik troops. The remains of the family were discovered in a mass grave in the Ural Mountains in 1991. Subsequent DNA testing confirmed the identities of the Nicholas, Alexandra and three of their daughters.

The Romanov Sisters: The Lost Lives of the Daughters of Nicholas and Alexandra

Nicholas and Alexandra: The Classic Account of the Fall of the Romanov Dynasty