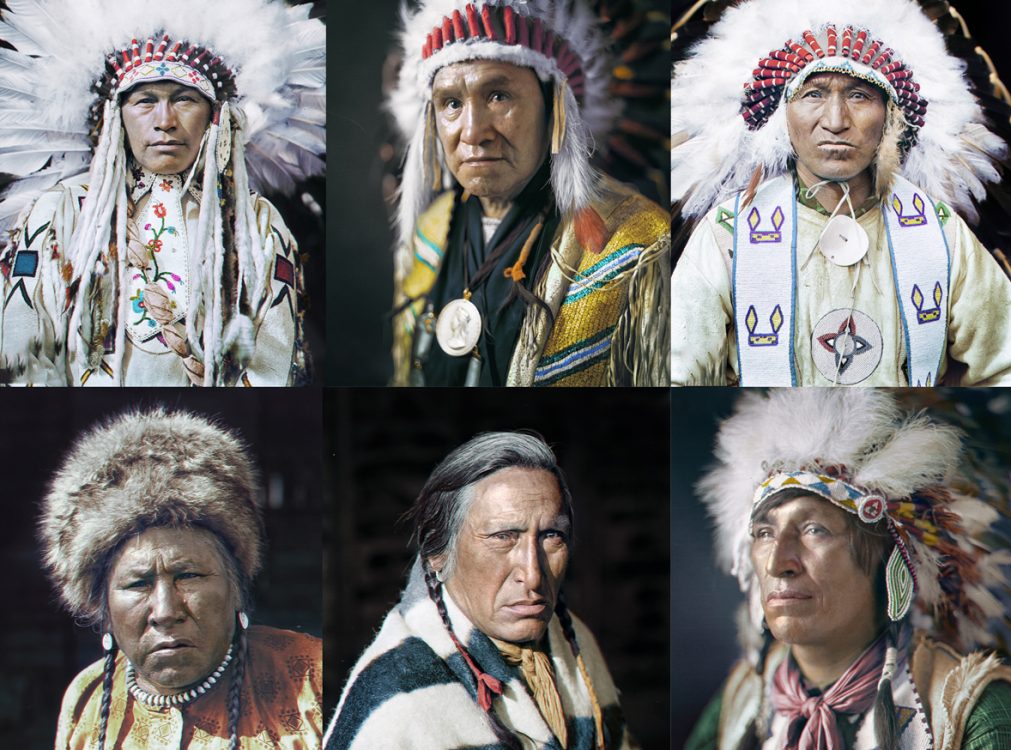 In Canada, the First Nations are the predominant indigenous peoples in Canada south of the Arctic Circle. Those in the Arctic area are distinct and known as Inuit. The Métis, another distinct ethnicity, developed after European contact and relations primarily between First Nations people and Europeans. There are 634 recognized First Nations governments or bands spread across Canada, roughly half of which are in the provinces of Ontario and British Columbia.

The photographs below were taken circa 1910 by Harry Pollard. He was born in Tillsonburg, Ontario in 1880. Pollard became a well-established photographer in the community. His famous collection includes photographs of the Klondike gold rush of 1888 and 1889, and hundreds of pictures of Alberta First Nations.

In 1924 the Associated Screen News, a subsidiary of the Canadian Pacific Railway (CPR), hired Pollard to photograph their global ocean cruises for promotional purposes. It was this job that took him around the world 14 times.

Courtesy of Provincial Archives of Alberta