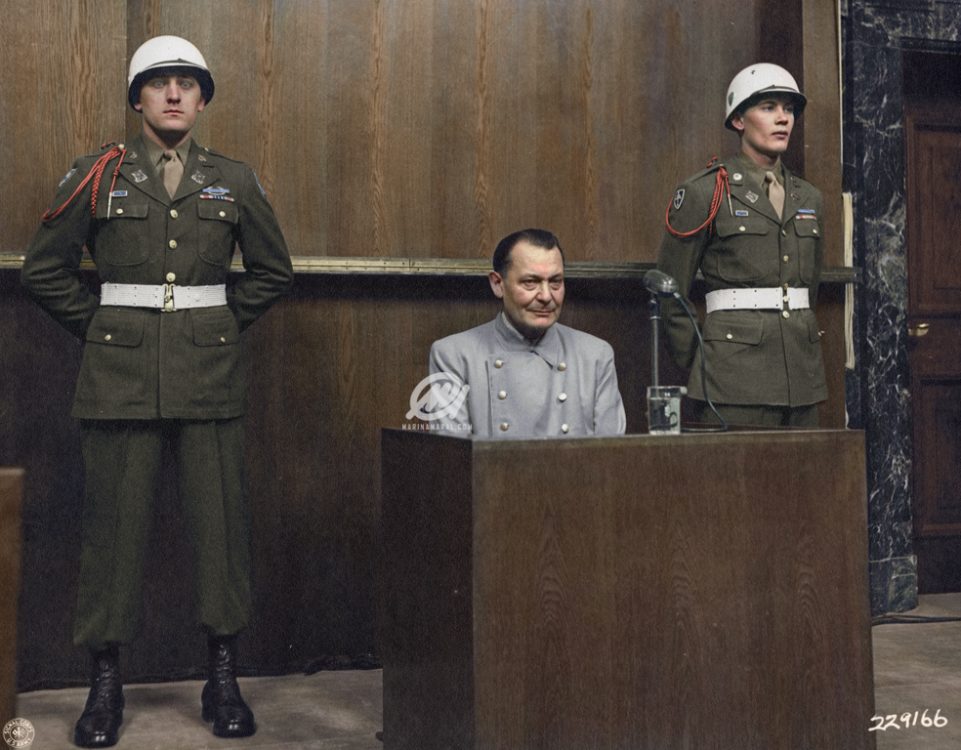 “Of course the people don’t want war. But after all, it’s the leaders of the country who determine the policy, and it’s always a simple matter to drag the people along whether it’s a democracy, a fascist dictatorship, or a parliament, or a communist dictatorship. Voice or no voice, the people can always be brought to the bidding of the leaders. That is easy. All you have to do is tell them they are being attacked, and denounce the pacifists for lack of patriotism, and exposing the country to greater danger.

— Herman Göring at the Nuremberg trials”

Hermann Goering was head of the German air force. He was one of 22 major war criminals tried by the International Military Tribunal at Nuremberg. The Tribunal found Goering guilty on all counts and sentenced him to death. Goering committed suicide shortly before his execution was to take place. Source: www.ushmm.org

In color | Patton during a welcome home parade, 1945