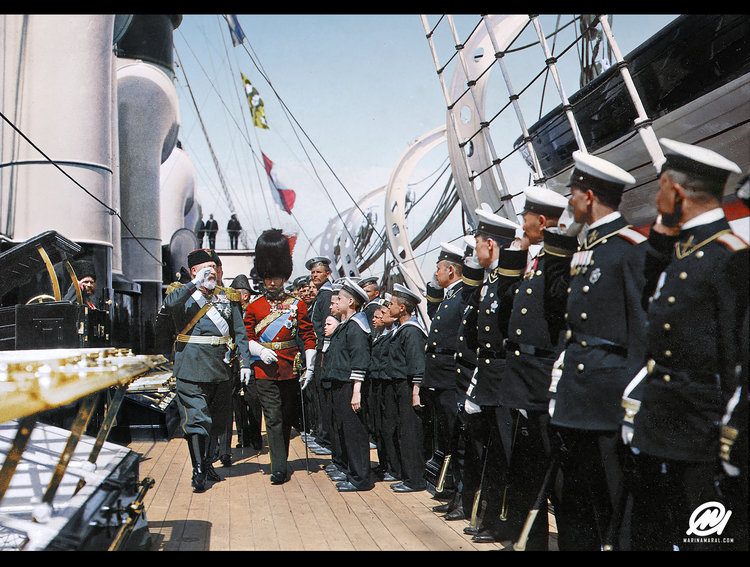 The Standart was an Imperial Russian yacht serving Emperor Nicholas II and his family, being in her time (late 19th/early 20th century) the largest Imperial Yacht afloat. After the Russian Revolution the ship was placed in drydock until 1936, when she was converted to a minelayer. During World War II, she participated in the defense of Leningrad.