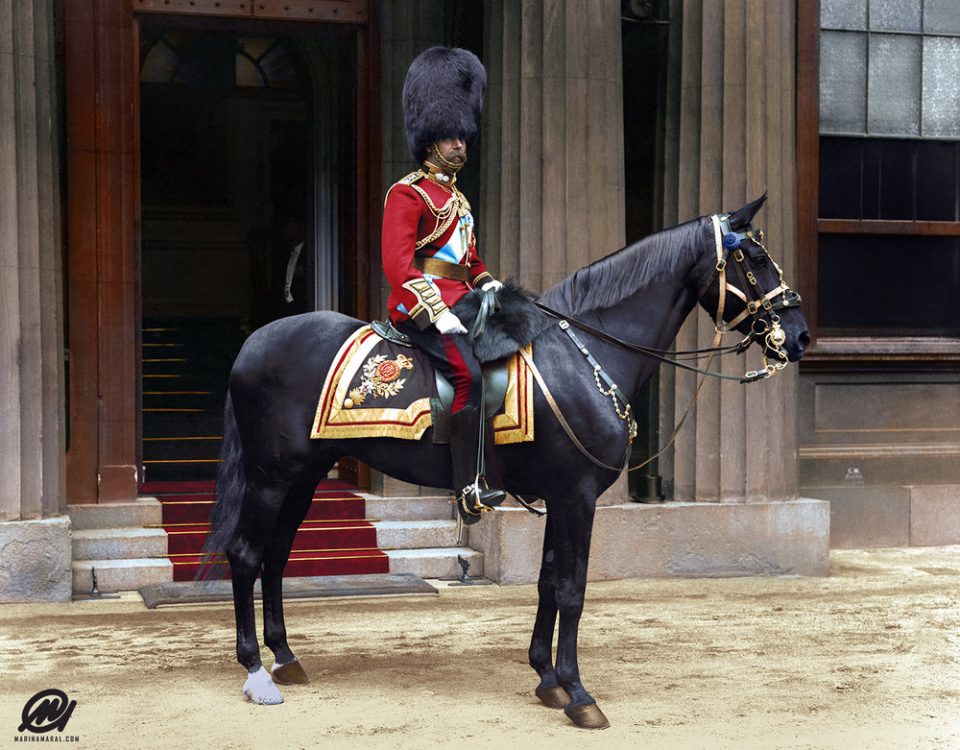 He was the second son of Albert Edward, Prince of Wales (later King Edward VII), and grandson of the then reigning British monarch, Queen Victoria. From the time of his birth, he was third in the line of succession behind his father and his own elder brother, Prince Albert Victor, Duke of Clarence and Avondale. From 1877 to 1891, George served in the Royal Navy, until the unexpected death of his elder brother in early 1892 put him directly in line for the throne. On the death of his grandmother in 1901, George’s father became King-Emperor of the British Empire, and George was created Prince of Wales. He succeeded his father in 1910. He was the only Emperor of India to be present at his own Delhi Durbar.

His reign saw the rise of socialism, communism, fascism, Irish republicanism, and the Indian independence movement, all of which radically changed the political landscape. The Parliament Act 1911 established the supremacy of the elected British House of Commons over the unelected House of Lords. As a result of the First World War (1914–1918), the empires of his first cousins Tsar Nicholas II of Russia and Kaiser Wilhelm II of Germany fell, while the British Empire expanded to its greatest effective extent. In 1917, George became the first monarch of the House of Windsor, which he renamed from the House of Saxe-Coburg and Gotha as a result of anti-German public sentiment. In 1924 he appointed the first Labour ministry and in 1931 the Statute of Westminster recognised the dominions of the Empire as separate, independent states within the Commonwealth of Nations. He had health problems throughout much of his later reign and at his death was succeeded by his eldest son, Edward VIII.